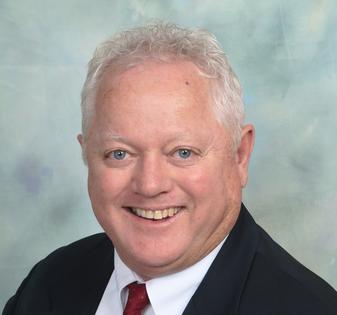 ​​
Doug Michie is the Certified Financial Planner® of Ventura Coast Wealth Management.  His office is located in Ventura, California. He brings a depth of multi-disciplinary experience and education to his role as your financial advisor.

He immediately began a legal career which included serving as an in-house counsel for Travelers Insurance Company and as a deputy district attorney for the County of Los Angeles. Ultimately he established his own law firm in March 1988.

Doug has also been a licensed real estate broker since 1988.  He owned and operated a real estate brokerage from 1988 to 2000, including a period of time as an owner of a ReMax franchise. He also earned the Certified Commercial Investment Member (CCIM) designation, making him knowledgeable in the disciplines of commercial and investment real estate. He believes that real estate, either through publicly owned investments or privately owned real estate, is an integral part of a properly diversified portfolio.

Recognizing the need for more diverse knowledge, Doug began a full time master’s degree program at Columbia University in New York in September 2000. He completed the program in May 2001, earning his M.S. in Real Estate. This was followed 16 months later at Texas A&M University where he earned his Ph.D. in Planning in August 2002. Meanwhile, in July 2002 he moved to Switzerland briefly to enter the M.B.A. program at the elite business school IMD in Lausanne, where he received his M.B.A. in November 2003.

Doug has been a Certified Financial Planner® since 2006. Personal experiences in his own family have planted a great desire in Doug to help prevent others from having to experience the extremely difficult circumstances of an retirement without financial resources..  Doug first seeks to fully understand his client’s ideas and goals, and any wishes for preserving and passing on their legacy to the next generation, and then provides his financial guidance to create a comprehensive financial plan.


Doug is a speaker on financial planning topics to churches, civic and employees groups, and other financial advisors. He is also a member of the fee-only Garrett Planning Network.


Doug resides in the Oxnard Plain with his wife and children, where he is active in AYSO sports, serving in the past as a U8, U10 & U12 referee and U10 & U12 coach, and continues as a U12 referee. He spent several years on the site council of both Cayucos Elementary and Pierpont Elementary Schools, was an active chamber ambassador for many years of the Ventura Chamber of Commerce and was on the Board of Directors of the Morro Bay Chamber of Commerce.  For many years he was on the Board of Directors of the Capistrano Surfside Inn Timeshare Owners Association as well as the CalBear Credit Union. He also served in the National Guard for over 20 years, retiring as a Captain in the Air Force National Guard.